Users are no longer able to use Internet Explorer to open a CAP COM account, apply for a loan, or check a loan status. For a full list of browsers supported by CAP COM and its platforms, please see our list of supported browsers.

CAP COM Federal Credit Union has announced today that Paula Stopera, the credit union’s President and CEO, will retire in late May 2019. Christopher McKenna, CAP COM’s Executive Vice President and Chief Lending Officer of its mortgage subsidiary, Homeowners Advantage, will take the reins as the organization’s new President and CEO.

Stopera began her career at CAP COM in 1980 as a Member Relationship Officer. She has held the role of President and CEO for the past 15 years. Paula also holds the position of Treasurer on the CAP COM FCU Board of Directors, and serves on the Board of Managers of The CAP COM Group, a set of subsidiaries of CAP COM Federal Credit Union.

When Paula joined CAP COM 39 years ago, there was one branch and nine employees. Now, the local credit union has 11 Capital Region branches and employs just under 400 people.

Since becoming President and CEO in 2004, Stopera has overseen more than $1.5 billion in growth. During her tenure, she increased the number of people CAP COM serves to more than 140,000 members.

One of Paula’s greatest achievements was establishing the CAP COM Cares Foundation, a 501(c)(3) charitable organization, in 2003. The Foundation gives back to the community by supporting health and wellness programs; financial literacy and education initiatives; and causes that help underprivileged families. Since its inception, the Foundation has donated nearly $4 million and 30,000+ volunteer hours to make a difference for thousands of Capital Region individuals and families. This is accomplished through the generosity of Paula, staff, volunteers, and members of CAP COM Federal Credit Union. The Foundation partners with more than 100 local organizations to help address community needs throughout the year. Stopera set the groundwork for the Foundation’s development; because of her relationships with so many organizations, the CAP COM Cares Foundation will continue to grow.

Under her leadership, CAP COM has been honored with The Albany Business Review’s Best Places to Work award for 15 years running, the Times Union’s Top Workplace award for seven years since its launch in 2012, and has been voted both a finalist and winner of Best Credit Union and Best in Customer Service by Capital Region Living Magazine many times over the years. CAP COM has also been acknowledged for being one of the Fastest Growing Companies in the Capital Region by the Albany Business Review’s annual list – eight times since 2006.

Paula leaves behind a legacy in financial services and philanthropy in the Capital Region community. Stopera most recently served as 2018 Chair for the Capital Region Chamber of Commerce. In October 2017, she began her term serving on the Advisory Council to the Federal Reserve Bank of New York. She is a past recipient of the Chamber’s Women of Excellence Awards, as well as the 2011 recipient of their Arthur Kapner Spirit Award. Paula is also a past recipient of The “Breaking the Glass Ceiling Award – Corporation” from Girls, Inc., as well as the Hudson Valley Community College Otto V. Guenther Career Achievement Award. Paula has been awarded the YMCA’s President’s award, as well as the Mary E. Brizell Building a Senior Community Colonie Spirit Award from the Colonie Senior Services Center. In addition, she was selected as Professional of the Year in 2008 by the New York Credit Union Association.

“So much has changed in the world since I was hired as a CAP COM employee 39 years ago,” said Stopera. “Leading the credit union as President and CEO since 2004, through times of immense change, has been demanding, sometimes daunting, and thrilling. This has been the career of a lifetime. The CAP COM Cares Foundation will continue to be a focus of mine in the future. Forming the Foundation has been a personal highlight.”

Stopera will be succeeded by Christopher McKenna, who currently serves as Executive Vice President, and has been with the credit union for nearly a decade. Since 1990, McKenna has been active in the financial services and mortgage industry. He was hired for a leadership position at CAP COM in 2010. McKenna has served on the executive leadership team with Paula for the past eight years. Chris’s advocacy for members and unrelenting focus on service excellence make him a superb fit for the top leadership post.

“I am honored to represent our members as the next CEO. The organization has a deep foundation of providing superior service, and the entire staff shares this goal.” stated McKenna. “We will focus on continuing to provide members with one-on-one guidance and support in the moments that matter the most. Meanwhile, we will invest in technology to make it easier for members to save money, afford major purchases, protect their assets and family, and make plans for the future. Technology is also a great way to organize our community outreach efforts.”

For those seeking a tangible way to honor Paula, donations can be made in her name to the CAP COM Cares Foundation. 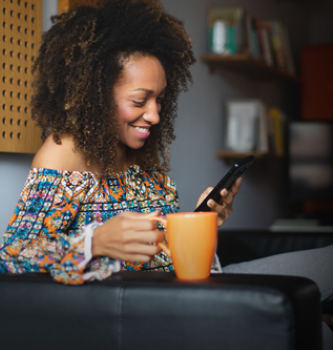 Master your money with tips from our financial experts. Explore ways to grow your savings, hack away at your debt, and avoid being the victim of the latest scam. 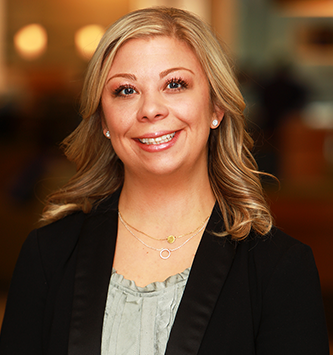 CAP COM Cares Foundation was established by CAP COM Federal Credit Union in 2003 to nurture the community by supporting health and wellness programs; financial literacy and education initiatives; and causes that assist underprivileged families. Since inception, the Foundation has donated over $4.5 million and over 35,000 volunteer hours to hundreds of organizations in the Capital Region. The CAP COM Cares Foundation is a 501(c)(3) charitable organization. Tax ID # 54-2071140.

CAP COM Federal Credit Union is a member-owned financial institution based in New York’s Capital Region with more than $2 billion in assets and 11 full-service branch locations, as well as a limited service branch at the City Hall in Schenectady, NY. An additional branch will open Summer of 2021 in Glenville. The credit union is member-driven and focused on superior service, convenient products and competitive rates that help members save money and make life little easier. CAP COM offers all the products and services you’d find at a typical financial institution. Visit www.capcomfcu.org to find out more. Federally insured by the National Credit Union Administration. Equal Housing Lender.

Please fill out the form below to leave feedback.

NCUA Notice
Your savings federally insured by NCUA to at least $250,000 and backed by the full faith and credit of the United States Government.